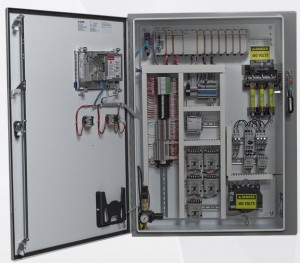 Until recently, a major coffee processor was operating a plant that utilized a very inefficient system. The plant relied on a 350 Centac centrifugal compressor, a 500 Joy centrifugal compressor, two 500 HP Atlas Copco rotary screw compressors, and two 800HP Atlas Copco rotary screw compressors – all of which provided plenty of power, but inefficiently. The machinery was used to provide compressed air to convey coffee throughout the processing facility – a primary function of the plant – but to manage the large swings in airflow demand, plant employees had to manually control the different compressors throughout the day.

While there was plenty of capacity available at plant, the lack of an automation system to control the compressors meant fluctuating demand and difficult to manage. As you might guess, this, in turn, led to the company wasting a significant amount of compressed air every day, and over time, it cost the company hundreds of thousands of dollars per year. Plant management commissioned a study to find out how they could start saving money and brought in our team to help improve their operations.

Case Controls stepped in and made a number of improvements that helped the plant work more efficiently. While the company was already using AirLogix® controls on their centrifugal machines that were installed by Case Controls, however there was no network that connected the compressors. We installed a programmable logic controller (PLC) system that communicated with all of the rotary compressors along with the centrifugal compressors that allowed them to work together. We also helped with the plant’s demand-side integration. The system automatically calculated the projected demand based upon which conveyors were being used.

The results were astounding. They found in a study after Case Controls finished the upgrades that the improvements generated an overall savings of more than $111,000 in the first year. The company also found that, due to the improvements that were made, the operators who work in the plant are now more aware of how to manage the compressed air necessary for the conveyance systems, resulting in an overall increase in efficiency.

Case Controls can help your company save money and improve your operations, as well. We offer a wide range of control solutions to manage air compressors at industrial facilities and can help assess your operation and help you find increased efficiency. Learn more by calling us today at 812-422-2422.